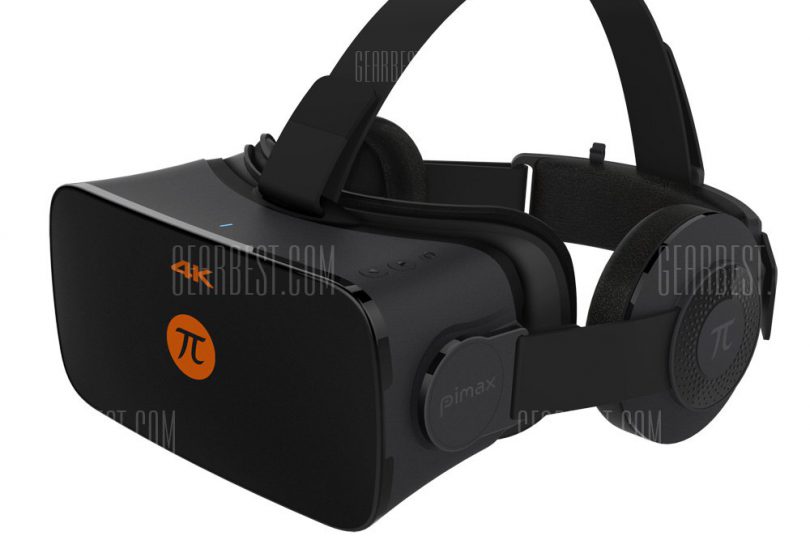 PIMAX 4K Details – You can click the link to find all the tech specs for this thing, but here’s what you need to know:

-4K resolution- this is a LOT more pixels that other headsets.

-BUT it’s upsampled from 1080 resolution pumped to it. This upsampling is still an upgrade from a normal headset res, but not as good as if it could take actual 4k data (though, videos cards would probably choke trying to send that much data!)

-The screen looks good, but not as good as ones found in Oculus/Vive- it’s an LCD instead of an OLED screen. The brightness is a bit different, but the bigger difference is the refresh is a little slower, so movement looks a little smudgey.

We grabbed one of these to test with virtual desktop applications, where high motion is not as important, but higher resolution definitely is. It works well for this application, with the higher res making desktop clarity better than competitors. The remaining issue we noticed is the FOV – this is still not super wide, so in an virtual desktop application, it feels a bit like you have blinders on, requiring you to move your head to see things instead of just moving your eyeballs. **There is an 8k version of this headset coming out soon that has a WIDE 200 degree FOV. It should fix this problem quite well! We’ll cover it here as soon we can.)